Why are you still using Chrome?

In the history of internet browsers, to stay on the market beeing the pioneer is not enough, it is necessary to stay updated, innovative and meet the expectations of the users.

Netscape lost space, as it did not update in a timely manner. Suddenly, Internet Explorer took its place, first legitimately, as it was more advanced, and then coercively: it was installed by default on Windows machines.

The infamous Internet Explorer fall until a long time later due to its stubbornness in wanting to do things in its own way. Until modern browsers better than IE came, like Firefox, successor to Netscape and Chrome, from Google.

Google Chrome is currently the most widely used browser, with around 70%1 of market share. It is a fact that it is a very well made program, with great tools for ordinary users and developers.

But Google doesn't make money out thin air, yet. It has to cover the costs of their services in some way, but the methods it uses are quite intrusive: personalized ads.

Chrome as distributed in its normal version has several codes to watch and understand you, to know what you like, what you want to buy and where you live.

Fortunately its code is open, and from it other derivative browsers have emerged, and some are concerned with privacy. Below are some alternatives: 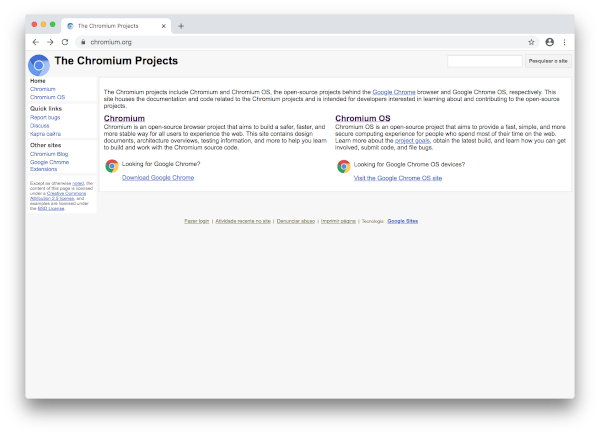 A version without the internal trackers that comes with standard Chrome. It is the open software part of Chrome. Everything that works in the standard version works in this one, because the code base is the same. It is already installed on some Linux distributions by default. 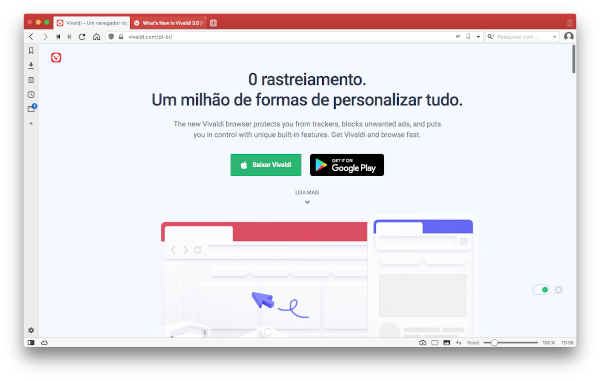 After discontent, Opera browser creator ended up leaving the company and created another browser to deliver a more customizable experience. Vivaldi uses the same rendering engine as Chrome, Blink. It has access to the entire Chrome Web Store collection and blocks advertisements and crawlers by default. Its interface is completely customizable, ideal for power users. 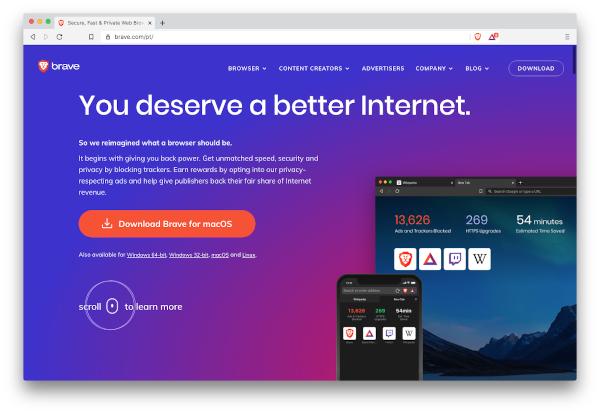 Brave: Nobody needs to know what you are doing. Get over here: take a few bucks.

Thinking about privacy, Brendan Eich, inventor of the JavaScript language, made a derivation (fork) of Chromium and launched a browser with built-in privacy tools.

In addition, it added a new cryptocurrency, called BAT (Basic Attention Token - Basic Attention Token)2 to solve the problem that remains when blocking all ads: a way to monetize the content you like, either by donating BATs or clicking on ads made for Brave.

By blocking trackers and ads by default, the Brave browsing experience is faster. Some limitations can be felt, especially in services that use Google account as authentication, requiring a momentary disabling of protections.

There is also a private tab based on the TOR, which gives access to greater privacy and to sites that are blocked for some reason, whether by state censorship or proxy. You also have access to the Google extensions like the rest. 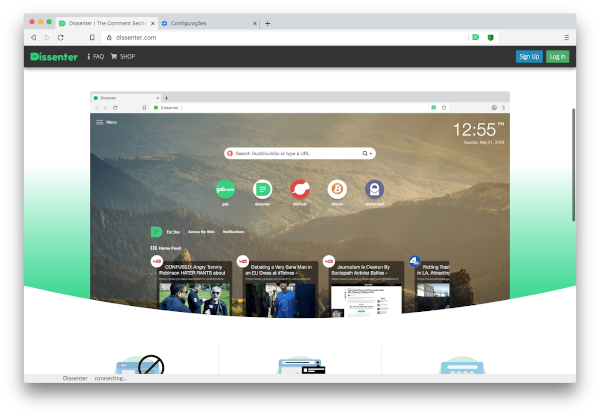 Dissenter: Don't let anyone shut you up. Never.

Dissenter is a derivation of Brave, created by the GAB team, a social network focused on freedom of expression. As described in an article here on the blog, the browser came about because of the censorship that the company suffered from app stores from Mozilla and Google. It's basically a Brave, without the cryptocurrency built in. 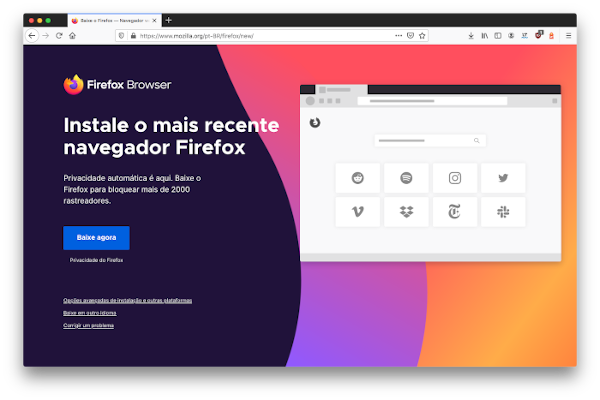 Firefox is the oldest browser used today. It has tracking blockers by default and several extensions aimed at security and privacy. It is not based on Chromium, having its own rendering engine, Gecko. 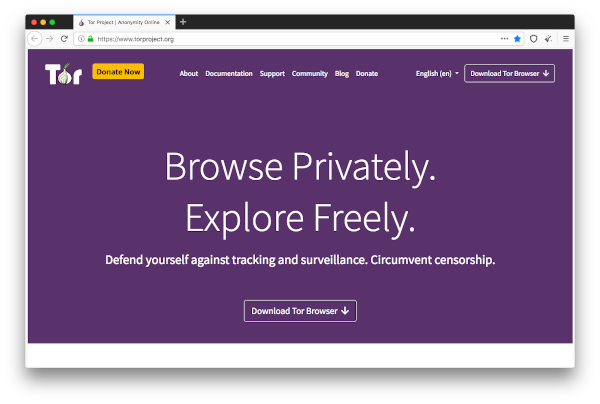 It is the official browser of the TOR project. This is strictly focused on privacy, not recommended for using as the default browser. It is based on Firefox and gives access to Deep Web .onion sites .

Note that almost all browsers mentioned here are focused on privacy. It is the trend of the moment. All of them are available for phones and tablets, as well as Windows, MacOS and Linux operating systems. When will Chrome come to the party?

In the meantime it will continue to capture your browsing data. Why do you still use Chrome?